Update (December 1, 2020): When I wrote this article, there was no installer for Arch Linux. However, there is now an Arch Linux Guided Installer, and it works great!

Windows or Mac users who want to try out Linux should start out with Arch Linux. Forget Ubuntu, Mint, or even Zorin. Get Arch.

If you’re reading this and curious about using Linux, try Arch Linux. Really.

Now I know the stereotypes involved with this distribution:

There’s a little truth in all of this. That’s precisely why Linux newbies should try it! Most will recommend new users avoid Arch Linux. It’s too complicated. It requires you to know too much about Linux and hardware to set it up. In fact, I’ve said it myself in the past. But I’ve had a change of heart.

The struggle is part of the journey and will make you a better Linux user. 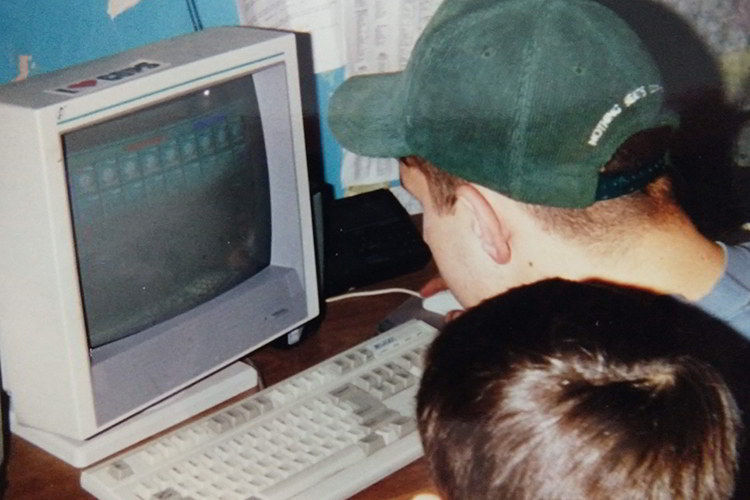 I tried Linux for the first time around 1995 or 1996. I was learning Unix with a shell account from a local ISP. I was so impressed by the power and simplicity. I loved being able to log in to my local library and search for books through “WILI” through telnet. It was powerful. I also despised Windows 95. I couldn’t figure out why anyone would want an operating system that was 40 megabytes and constantly run a GUI. A friend introduced me to a neat alternative named Linux. Specifically Slackware. I was hooked.

When I strangled that PC into submission and made Linux work, it was terrific. The clouds parted, and angels sang. I used it for 2 or 3 years after that. I did everything with it. Suddenly I could tell you how compilers worked, flags, kernels, interrupts. Master boot records. I knew that silly Pentium 100 machine and its hardware like the back of my hand. I could race around that file system, build and change anything I wanted. It was great.

I had full control of my own computer. It was awesome. It’s a feeling I still enjoy today.

Why is Arch so Difficult?

Arch Linux is perceived as a difficult OS to install and use. This is why some of the users are so unbelievably smug. They passed the threshold and installed it, so they’re a member of an exclusive club. They must know more than anyone else, right?

UPDATE There is now an Arch Linux Guided Installer.

This is tedious, but there are full instructions to do so. You just have to follow them. When you run into an issue (and you will), you will have to Google the problem. You’ll find the answers on the Arch website, Stack Overflow, or some random blog article. I’ve written several articles here based on the problems I had with Arch.

Arch users aren’t geniuses, magical, or superior to you in any way. They’re just persistent. They kept at it until they had a running system.

What If I Told You Installing Arch Isn’t That Difficult?

I acknowledge my own bias. The first time I tried Arch, I had 15 years of Linux experience. I wasn’t a pasty teenage kid anymore. I was a professional engineer who was paid to write software on Linux systems. That surely made my first time easier. I get that. However, if you follow the instructions, you can install Arch Linux. This is key.

Take the challenge. Install Arch Linux. You don’t need to make changes to your PC or buy another hard drive. Here’s what to do:

Even if you’ve never touched Linux in your life, you can absolutely do this. If you want to learn Linux bad enough, you’ll persist and conquer it. You’ll learn a lot along the way.

You can’t learn anything about Linux by running a graphical installer.

Ask yourself why you want to learn Linux. Curiosity? To get better at your job? Just for fun? All great reasons, and the better you know Linux, the easier it will be. By investing the time to struggle through getting this system to work, you will learn how Linux systems work, and how to troubleshoot.

Arch isn’t as hard as Gentoo or Linux from Scratch, but you’ll get the reward of having a running system much faster than either of these two.

The struggle is what teaches you, and now is the time for it. When I started, I had to wipe my whole computer clean and break it with no Google to look things up. I’m only mentioning that because, comparatively, this is risk-free. You might destroy a virtual machine on your computer and have to re-do it - no big deal.

Arch Linux is the best distro for beginners. If you have any questions or want to try this out, Let me know if I can help in any way. If you think I’ve lost my mind, also reach out, because how else would I know?

Video: How to Install Arch Linux in Windows