I’ve been playing around with Manjaro a lot lately and it’s a pretty cool distribution, it’s based off Arch Linux, which I’m a huge fan of. 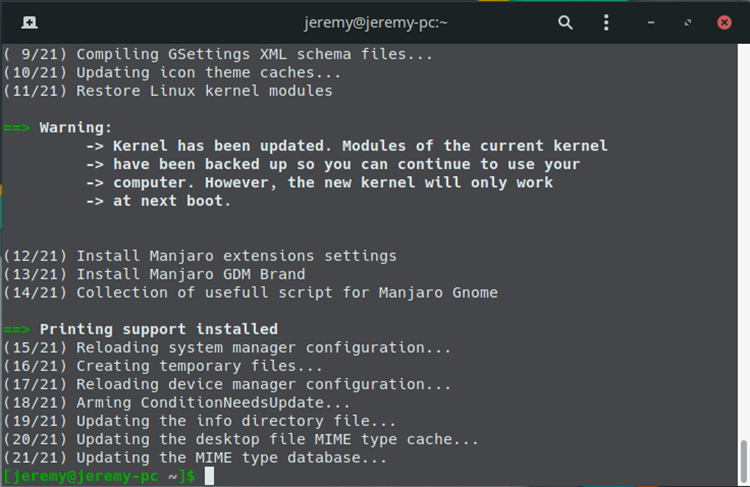 At your Manjaro desktop, open a command prompt. The first thing you’ll want to do is update the system.

We do that by typing in

This will make sure your system is up to date.

you can verify it’s installed by typing in:

So now I’m going to create a projects folder (/home/jeremy/Projects) and create a hello world to test this out.

Create a file named hello.go and put in the hello world code:

Save the file, and then build it with the following command:

This will build an executable you can run named “hello”

if you run it, it should output your message:

Now the Version of Visual Studio code that I want is in the AUR. So we’ll install git.

I like to create a sources folder for building AURs(/home/jeremy/Sources) but you can put it where you want. To run AURs you must clone or download them first.

I will go back to the AUR page and copy the git clone url and clone it:

I’m getting this error, and you might too because this is a brand new Manjaro install so I haven’t installed the tools yet to make AUR packages.

To build AURs you’ll have to install some tools:

And you can choose 3 for bin utils, or enter for all. I’m going to install all because I’ll be building a lot of things on this machine. 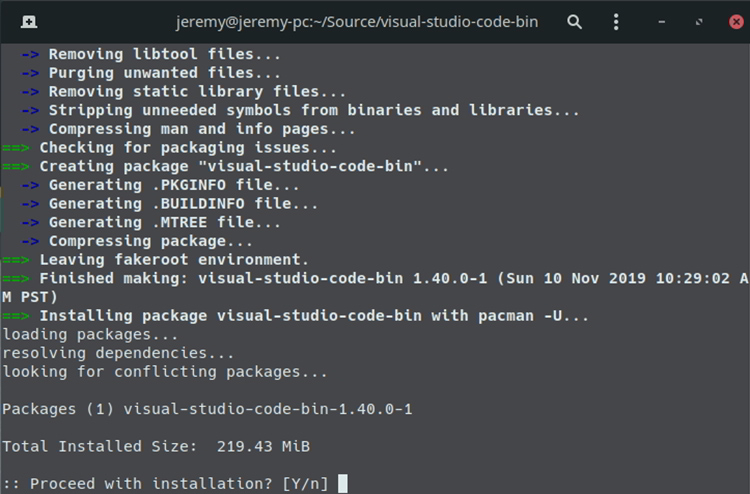 And we’re back in business.

We load up visual studio code and now I’ll go back to that projects folder.

It recommends the go extension so we’ll go ahead and install it.

As you can see it recommends we install go outline.

We will just click on install all, and it will build in the dependencies we need. 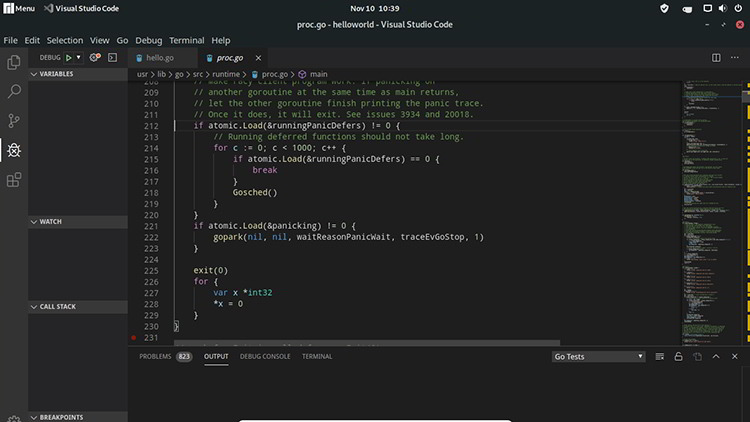 Now this is all set up for us, it’s super easy.

We can even run and debug the file.

I’ll add in a break point and run it.

So it’s that easy to set up a go development environment in Manjaro. It’s simple and easy, so have fun and get to coding!!

If you’d like to learn more about Golang, check out Pluralsight’s courses on Golang today, there are tons of great courses to get you ramped up fast.