A new Linux distribution has been popping up in discussion circles everywhere, it’s Pop! OS. What is it and why are people so crazy about it? 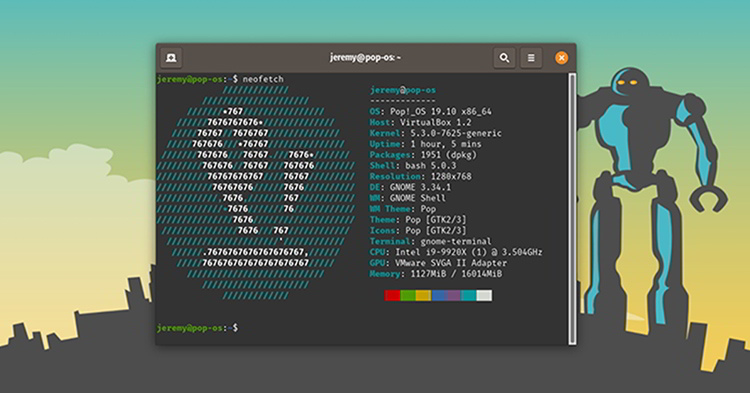 I’ll give you my first impressions of Pop!_OS and whether I think you should consider it for your development machine.

There I was, giving a presentation for a group of people on Blazor earlier this month. I’d spilled tea on my Windows laptop a couple days prior, so I did the presentation with my MacBook Pro. I practiced the demos a few times and everything seemed hunky dory. I knew this stuff front to back so what could go wrong?

If you’ve ever given a technical demo, you know how this goes: what worked a few hours ago won’t work on stage. Great. I had a Windows VM installed with all the software on it in case things went south. So I loaded that up, and oops, a separate problem. Something to do with the network. What to do now? Talk my way out of it? I certainly would not ruin my dynamic presentation by forcing everyone to watch me debug a network issue.

I had no plans to do anything with Pop!_OS in my presentation; it wasn’t prepared for that. But the demos worked fantastic. Demonstrating a Microsoft technology to a group of .NET Developers with a Linux box. Such irony. But likely something I won’t forget.

Pop!_OS is an Ubuntu-based Linux distribution created by System76. System76 makes high-performing custom laptops for developers. I’ve never owned one but from all the reviews and testimony I’ve seen they’re great. They’ve made Pop!_OS available to anyone, whether or not you own a System76 machine.

So is this just a re-skinned Ubuntu? No. Read on. 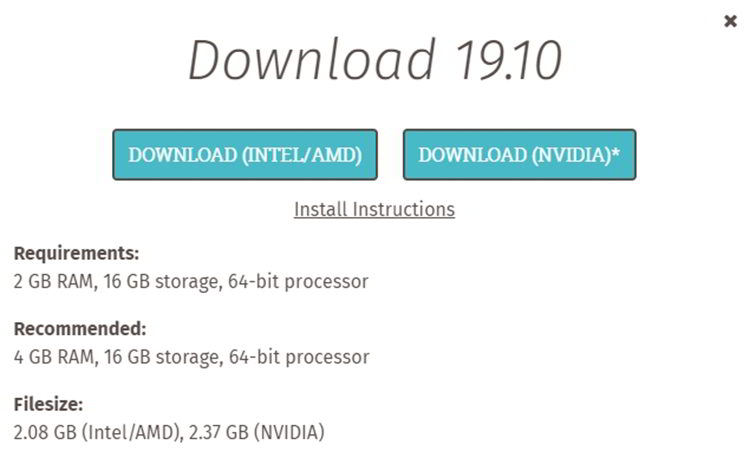 The first thing you might notice on the download page for Pop!_OS is there is an Intel/AMD version, and an Nvidia Version. If you have an Nvidia card you’ve definitely installed the drivers into a Linux distribution and maybe hacked some Xorg.conf to make it work. You don’t have to do this with Pop!_OS. Vulcan drivers are also installed. Pretty cool.

The installer is super easy. There aren’t any crazy options and tedious decisions in this installer. That usually means a big bloated installation, right? This is one of the biggest reasons I’ve used Arch Linux for the last decade; I don’t like bloat in my Linux systems. But the Pop!_OS installs a reasonably lean system with a few clicks. There’s a lot of value in that.

The release cycle is more frequent with Pop!_OS than it is with Ubuntu. That’s entirely a personal preference. Some folks like to use only stable, tested software, and some like the bleeding edge. You can get both of these with Pop!_OS Linux Review with a few tweaks.

Encryption out of the Box

Remember back in the day when encrypting your drive meant things would be slow? With hardware advancements and SSDs those days are long gone. I keep nothing terribly important or embarrassing on my hard drives, yet I still like to encrypt them. If someone steals my laptop or home PC, I don’t want them to be able to mount my hard drive and go to town. Push a couple buttons in the installer it encrypts your drive. 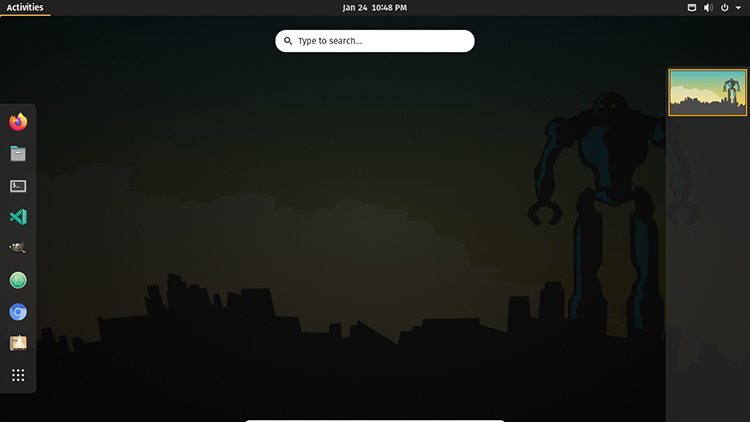 The desktop interface is really polished with Pop!_OS. It’s sleek and modern, but not too cluttered. It operates a little different from what I’m used to (LXDE in Arch) but I got used to it after running it for a while. It’s intuitive and I can see myself being productive with it. I’m not fond of change, but the more I use this interface the more I consider it could be a daily driver for me. 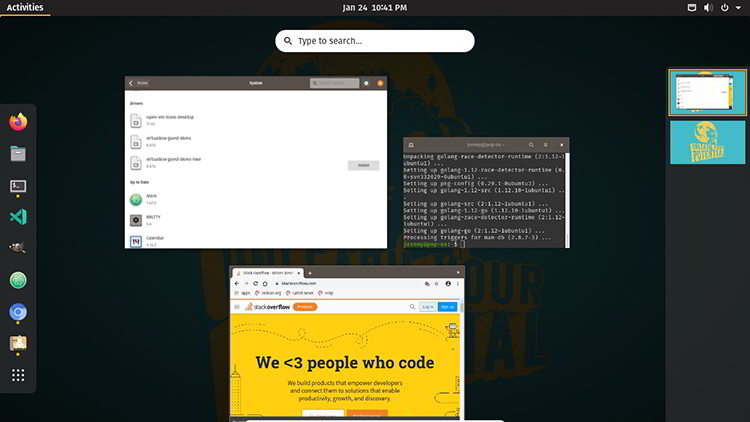 Once I got the hang of the keyboard shortcuts and flow, it felt really fast and intuitive. I love what they’ve done with the desktop and the look and feel is amazing. It’s obvious the team has put in a lot of work here to make it a good user experience.

Concerns About This Being Made by a Hardware Vendor

Some folks have complained about this Linux distribution being made by a hardware vendor. Are we signing up for another walled garden? Pop!_OS is an operating system created by a hardware vendor to work well with their hardware. That’s the only similarity.

But is that really a bad thing? Apple follows a similar strategy of building software specifically for hardware and there are some upsides. But you can download Pop!_OS and put it on anything you want. It enjoys the advantages of tighter controlled packages without being restrictive.

System76 builds laptops and workstations with the top of the line latest hardware. It motivates them to make it work with that hardware. I talked about this concept in my article about Clear Linux a while back. That distro is also maintained by a hardware manufacturer with a clear motivation to make it work well with certain hardware. I don’t consider this to be a bad thing.

For instance, their mid range Gazelle comes with a 9th Gen Intel Core i7 9750H, which is a pretty common processor. If they want to optimize their OS for that CPU, who are we to stop them?

Should You Use This for a Development Machine? 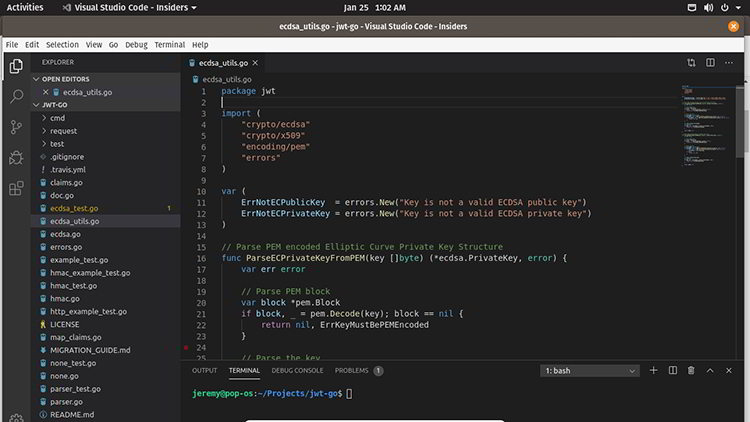 That’s probably the question on your mind right now. My answer is yes. I tried out this OS for a while and did some development with:

And it worked perfectly fine. I could hash out some good work using this OS. It’s sleek and polished and I didn’t run into any errors setting it up.

Why Does This Make a Good Development Machine?

As I mentioned, I prefer to use Arch Linux for development and have for 10 years because it’s customizable, lean, and easy for me to work with. I can say the same thing about Pop!_OS. I could end up making the switch to using this as my daily driver.

With Pop!_OS You get:

If you want to use a Linux based operating system for development, I strongly suggest you at least download this one and check it out. Generally I point newer Linux users to Ubuntu or Mint, though I don’t use them myself. Now I’ll start pointing people towards Pop!_OS. It has the ease of use Ubuntu is known for, but much leaner with sane defaults. 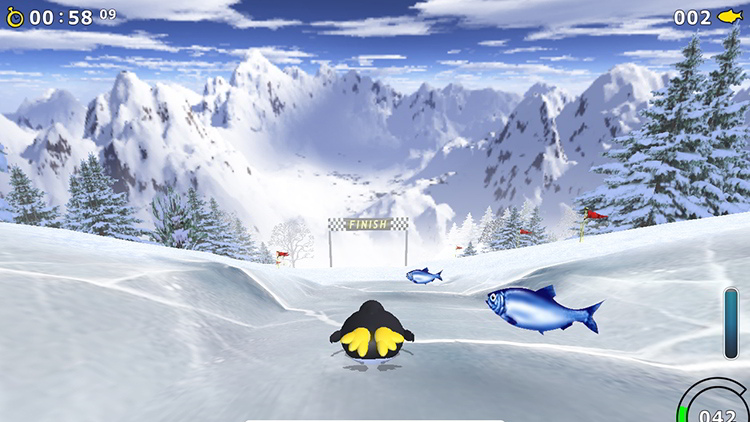 I gave a good test drive of Pop!_OS and enjoyed it. I find it to be a polished, lean, and nice looking Linux for developers to try out. If you’ve been thinking about making the jump into Linux and want a hassle free install check it out. I’d love to hear some feedback in the comments.

If you want to learn more about Linux, Pluralsight has an awesome Linux introduction course that will get you up and running in no time. I strongly suggest you check it out. If you would like a free trial, get a hold of me and I will set you up!