I was casually doing a security audit on my blog recently and decided to look a little deeper into my security logs. With a bit of Linux command line kung fu, some Golang, and Google sheets, I was able to get a pretty good idea of where the attacks are coming from.

To start, I’m using CentOS to host my site, so I checked out /var/log/secure. This log is where authentication logs are stored on my server. 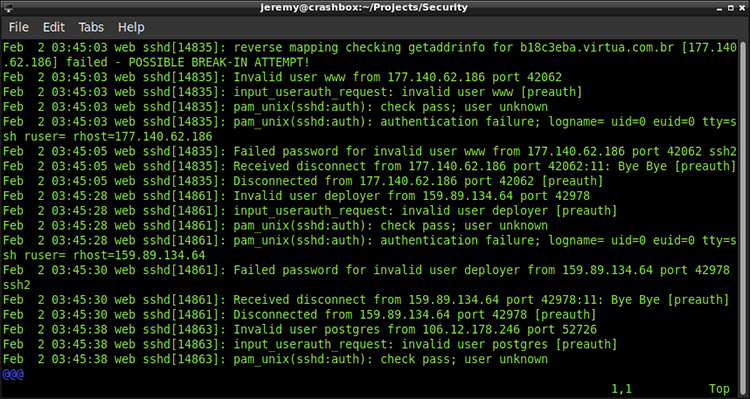 and with 301,327 lines it’s not likely I’m going to manually look around much. Let’s automate this a bit.

Getting the IP Address of attackers

I wanted to extract the IP address of attackers from this file. That way I can block them.

I started to mess around with Linux commands until I came up with this script.

What it does is pretty simple, it’s going to look for these strings:

These are strings that identify logs of failed attacks. If they put in the wrong username or tried some other form of attack, it would have one of these strings.

So we loop through that list and search for these strings, then extract an IP address from the line the string exists in.

It then dumps the IP into a temp.txt file. It will do this for all of the messages I have in my “badstrings” list.

That text file had a ton of duplicates in it, so I removed the duplicates and put only the unique IPs into a file:

Cool, now I have a list of IP addresses ready to go. 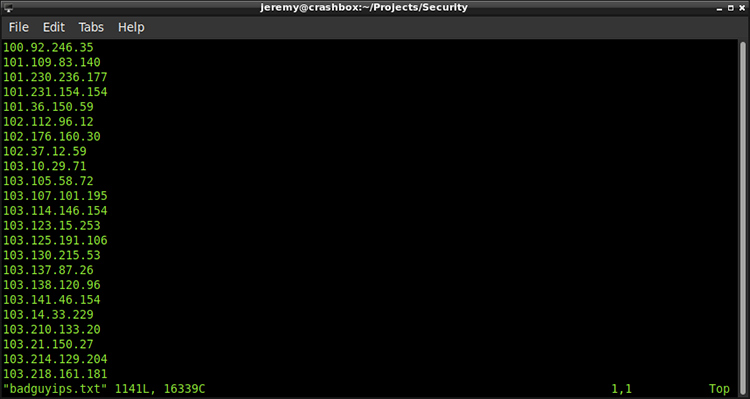 Now I want to block these IP addresses. Since I’m running iptables, I can just drop them with this simple script:

Cool. Now the attackers blocked from my server.

Then I got curious. Where the heck are these attacks coming from?

Getting their Location Data

Since I have a list of IP addresses, I thought I’d run them against a database like Maxmind to find some location information. So I did just that.

I wrote this Golang program called “find the bad guys” that would go through the text file of IP addresses, and look up their location information, then write it to a series of text files.

I wrote out locations based on:

I wanted to see where the attacks are coming from and share that information. so I ran the program I built, and now have some helpful lists of location information:

So now I want to take a look at continents.txt. 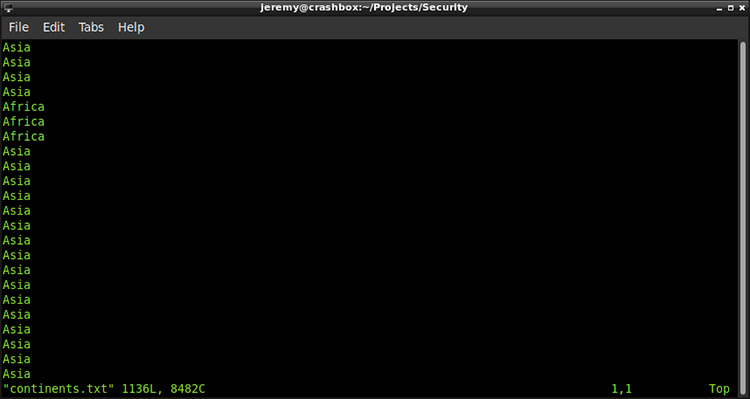 Well, that’s going to be a problem, there are some duplicates.

I can run a quick command and get unique values:

The results should come as no surprise if you’ve ever looked at a globe:

But I want to see how many attacks from each continent. So I call on my old friend awk for that:

Pretty sweet, right? So I’ll remove the leading spaces, insert a comma after the count and drop it into a text file. 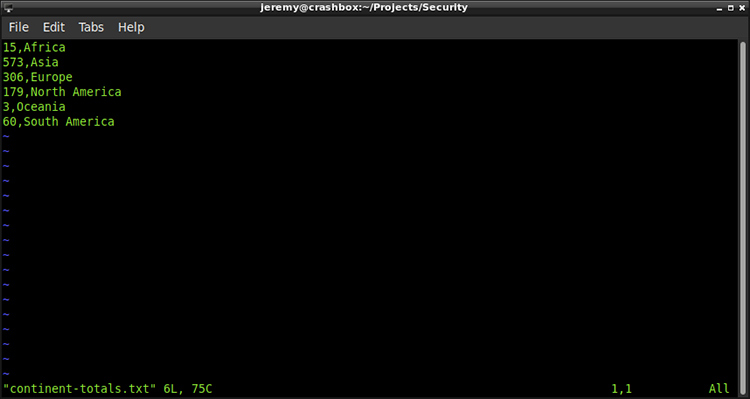 Now I can drop it into Google sheets. 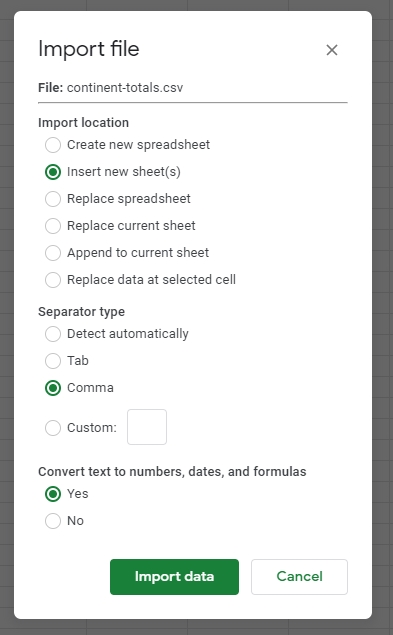 and get this nice chart: 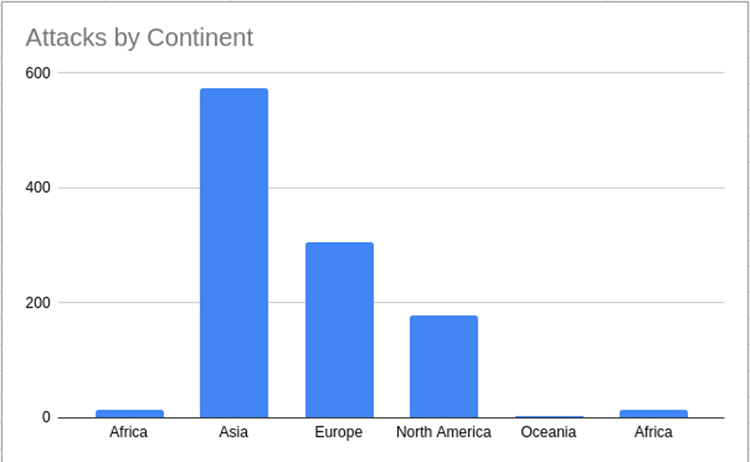 This is the process I repeat for the other locations (country,city,subdivision), so I won’t repeat it. So here are my results: 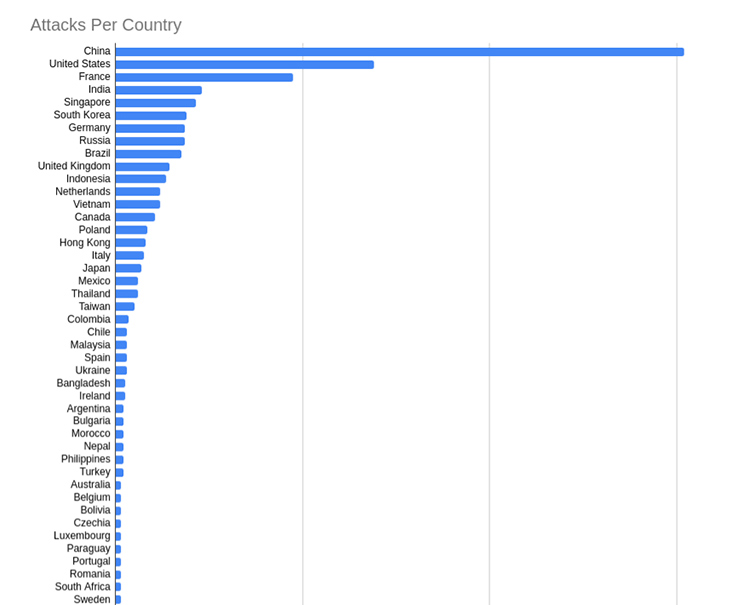 Here are the top 10 countries attackers are coming from: 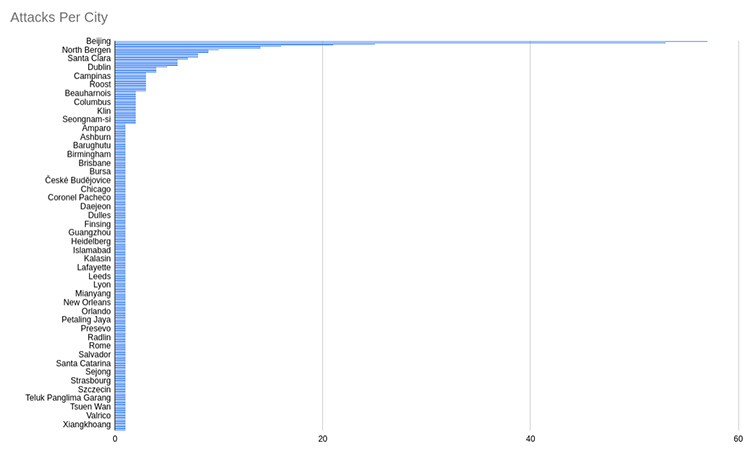 Attacks per city are a little more aggregated. 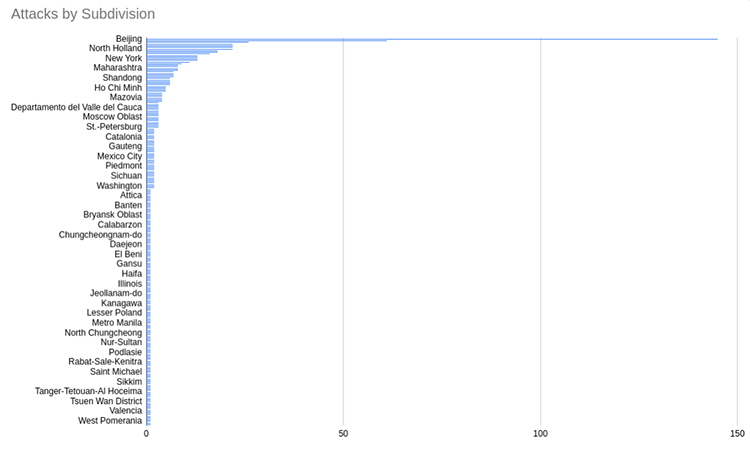 This one is aggregated even more. But it drills down a bit more. Here are the top 10 subdivisions attackers are coming from:

Great things always come from curiosity. I’m curious about what other kinds of patterns and data I can extract from this, so I’m going to keep experimenting and playing with it.

If you decide you want to do this for your website, try it these steps, and Let me know if you need any help with it.