The famous words of Steve Jobs have been ringing in my head a lot since my Dad passed away last week. He and Steve Jobs were not very much alike, in fact probably complete opposites. Dad wasn’t much of a dreamer or rock the boat kind of guy, and believed in treating everyone with respect. His style was not pushing people to be great but encouraging them to want it on their own. But they both shared one thing: wanting to make people’s lives better. Steve wanted to help strangers, but Dad made sure he took care of those around him. 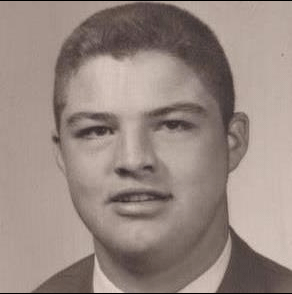 I will definitely write more on this subject soon, as you might imagine I have more pressing matters going on right now than my blog. I have tried to use it as a distraction though, and maybe that’s what this post is but the point I’d like to get across tonight is pretty simple: make your dent. Make a difference.

If you’re reading this blog it’s probably because you’re a programmer or an SEO to start with. That means you create things. And creating things is just a small part of making a dent. It’s not the items you create, the software you build or the successful marketing campaigns that define you. It’s what the things you build do for others that really matters. It’s how you make the world better with what you do.

My Dad was a fixer

The way my Dad made his dent was helping others. He worked with his hands and his mind in way that’s tough to replicate. He could look at any piece of machinery and figure out how it worked, fix it or make it better every time. And most of the time he was doing it for someone else. It was just what he did.

The same hands that assembled a cackling top fuel dragster or pull an axle from his semi truck were the same hands he used to hug his wife, kids and grandkids. Whether it was welding a “stack of dimes” ten feet long or patting you on the back it was always heartfelt and done with purpose. While he wasn’t always a man of many words he always meant what he said and always tried to build us up.

The greatest thing he ever built 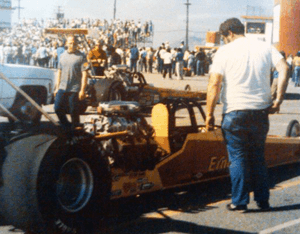 I don’t have enough space on this website to list the machinery Dad built. From his 32 Ford to those top fuel dragsters to the custom part on my Mercedes that’s still there (“damn German cars! he said) there are tons of things out there he built.

These things will live on, the little outlaw cars he loved so much and helped build will be tearing up the tracks in the Northwest next summer. But they will rust away and become forgotten over time. Dad never will.

What won’t be forgotten was the things he built that really mattered. He gave almost 3 decades to my mom, treating her how her kids thought she should be treated, with respect and dignity. My mother is one of the greatest people I know, and truly special. Russ saw that right away. And he raised 4 kids with a set of values that are already carrying on to his grandchildren.

The greatest thing he ever built was the people he touched. He always built us up in every way he could. Growing up all of us kids went through our phases and we all had dreams and aspirations, and when we shared them with Dad, he always told us we could do it, and encouraged us. I chose a path of technology and computers, which was something he never fully understood but he respected my goals and always tried to give advice with what he knew. His words will always ring in my head.

He taught me early on that what really matters is gaining happiness by helping others around you. If you have a talent, use it. If you are dreaming of something, build it. This website where I put up all this free info helping people with SEO and Technology is here because he taught me when you know something you shouldn’t keep it hidden away from others. Share what you know and if someone takes that and makes something better with it don’t be jealous or envious be happy for them. 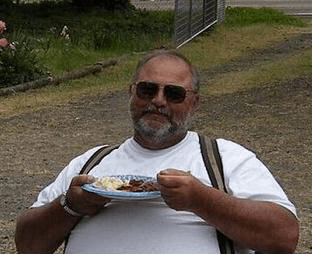 And if you have something you love to do, follow it. He made his dent by building up everyone around him. So many people had a great amount of respect for him, not just because of his intelligence and talent but the fact that he had it and was willing to share it, and tempered it with humility like nobody I know. I try to emulate that in my daily life, and I still have a ways to go.

I will miss that man for the rest of my life, just as we all will but I will honor him by carrying on his values and trying to do things the way he did.

You should do the same. You probably didn’t know my Dad but you know someone like him. Go out and make a difference and do something that matters. Life is not about chasing dollars and buying fancy toys it’s about doing what you love and taking care of others. That can apply to building software or fancy websites just as much as it applies to fixing a leaky faucet for your Grandmother. Just do something meaningful and make your dent.

One way I am going to honor him is by sharing what I learned from him over the last 27 years. I will be starting a series of articles and pages dedicated to these lessons, and I hope people steal it and copy it and use it for their own lives. Stay tuned.

Rest in peace big guy, I’ll continue to try to make you proud.