Let’s say you want to create a simple, lean executable you can build and drop on to a server.

For an example we’ll create a console app that opens a line of text, reads it and displays the output.

This will scaffold a new console application.

I’m on a Mac here, but it doesn’t matter as long as your development box has the .NET Core CLI Installed.

This displays “Hello World” on the console.

Doesn’t matter what you put in here, as long as it has some text in it.

Next we’ll create a something that will read those lines and display them. Remove the “Hello World!” code and replace it with this:

This is pretty much your basic cookie cutter code for:

Pretty simple stuff. When I run it on my machine it looks like this:

And that’s great. But I’m on a Mac here, what if I want it to run on a Windows Machine? Linux? No problem, this is .NET Core right? We’ll just publish it to multiple targets.

But what if .NET Core isn’t installed on the machine?

What if I just want a simple executable I can run to read this file without a pile of files or .Net core installed?

Let’s back up a little. .NET Core has had publishing profiles for a long time. The idea behind “target” publishing is one of the biggest selling points of the platform. Build your app, then publish it for a specific target, Windows, OSX, or Linux.

You can publish it a few different ways

Well, when you do a self contained deployment it’s cool because you don’t need the runtime installed, but it ends up looking something like this: 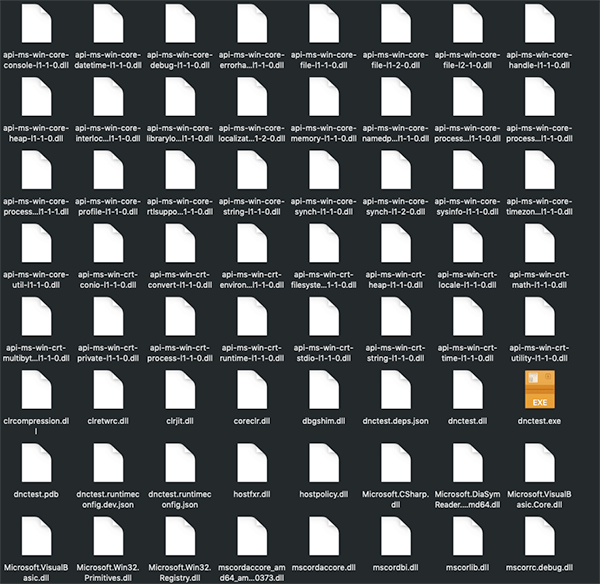 This is the application we just built published as a Self Contained Deployment for Windows. Yikes.

Let’s say you wanted to share this file reader application, and asking someone to copy all these files into a folder to run something to read a text file. It’s silly.

So to build that self contained executable I ran the following command:

This should look pretty familiar to you if you’ve done it before. But .NET Core 3.0 has a cool new feature:

Using this flag, it will build something a little different: 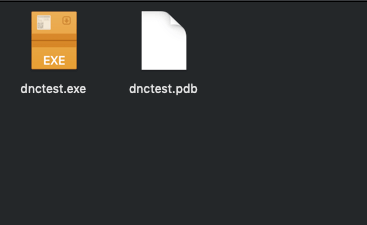 That’s MUCH better. It’s now a single exe and .pdb. If we look at the info, it’s not super small: 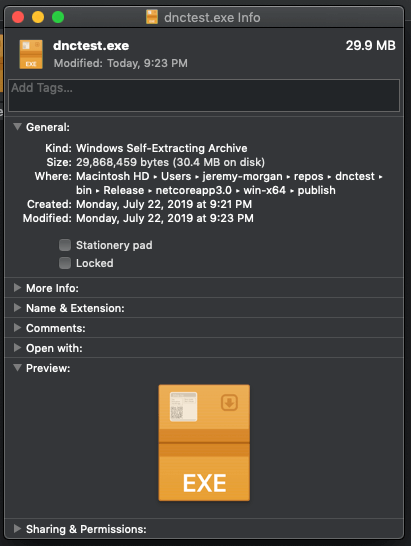 But it includes the .NET Core runtime with it as well. And here’s another cool feature.

So in our example it doesn’t change the size, but if you have a large complex application with a lot of libraries, if you just publish it to a single file, it can get HUGE. By adding the PublishTrimmed flag it will only extract the libraries you need to run the application.

So when we copy the files to a Windows 10 machine, we have a nice small package:

And we run it and it works! Without .NET Core!

and if I change my target:

I can run it on a Linux server without .NET Core just as easily:

Just remember on a Linux machine you won’t need the .NET Core runtime, but you will need the Prerequisites for .NET Core on Linux installed.

So this is a cool feature of .NET Core 3.0. If you want to build trimmed down self contained executables for any of the platforms, you can do it easily with a couple of flags.

This is great for those stupid simple things: console apps, data readers, microservices, or whatever you want to build and just drop on a machine with no hassle. I thought it was a cool feature to show.

If you want to master .NET Core, check out the ASP.Net Core Path on Pluralsight. The courses go pretty in depth and are a great way to ramp up.

Yell at me on Twitter with questions or comments!

Can you beat my SkillIQ Score in C#??

I think you can! Take the C# test here to see where you stand!