Pop!_OS has become one of my favorite Linux distributions over the last couple of years. It’s a fantastic distro for many reasons, most of which is the way it “just works.” Sorry Apple, that’s not exclusive to you. System76 released version Pop!_OS 21.04 and I upgraded immediately. Here are my first impressions.

I’m basing this review on a native install on my Lenovo Thinkpad E590 laptop. I use this laptop for personal projects, website maintenance and building articles/tutorials like the one you’re reading now.

Here’s what I generally do with this laptop running Pop!_OS:

All of this can be done extremely well with Pop!_OS. The thing I enjoy most:

In January I slated my laptop, installed Pop!_OS, and forgot about it.

I’m able to do the work I want to do without thinking about my operating system and configuring it. While I generally love to tinker with operating systems, if I have a machine dedicated to work, I’d prefer not to. I got tired of updating Arch Linux and diagnosing things when I fired up the machine to write some code.

Version 20.10 is based off Ubuntu 20.10 and it’s important to know that Pop!_OS is Ubuntu under the hood. But it’s not just a reskinned Ubuntu.

System76 knows that all the effort spent to make Pop!_OS great will make their hardware run great. So they pour efforts into the system as a whole and it shows when you use it, even if you don’t have System76 hardware. (I’m still waiting for the Gazelle to become available again so I can purchase one.)

While you can use whatever desktop you want, System76 offers its own desktop environment, and that’s one of the biggest draws for the distribution. It’s more than a skin, but it’s a pretty great skin. 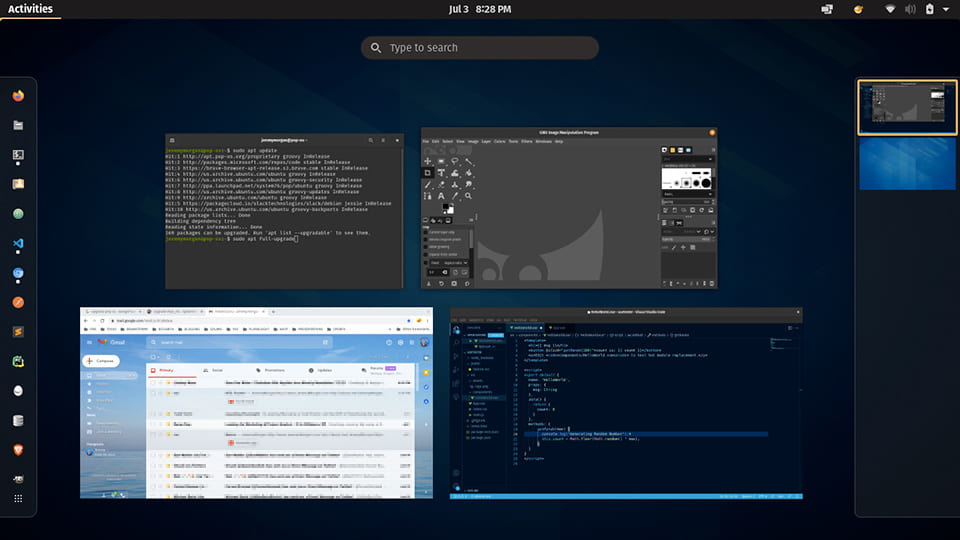 Once I’d gotten used to this desktop, my productivity soared. It’s easy to use and I developed habits to quickly navigate around and do what I need to do. I can bounce between Windows with ease and generally move fast. I’m not a person who cares a lot about aesthetics but it looks great. And works great.

Then I found out they’re changing the desktop in 21.04. Great.

I was a bit concerned. I can always roll it back to the old desktop if I want, so I took the plunge and upgraded the system. YOLO and what not. 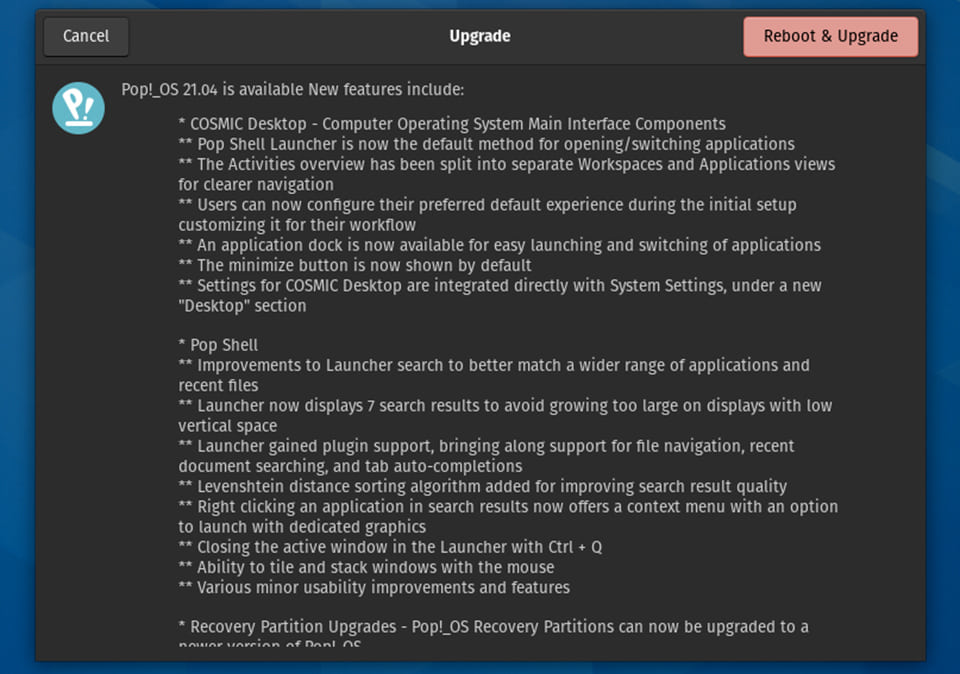 How long did I take to get used to it? The answer surprised me.

I upgraded to the new OS, and everything went as planned. Zero problems. It found my hardware, configured everything, and still had a bunch of settings from before. Painless to say the least. Microsoft, take note! 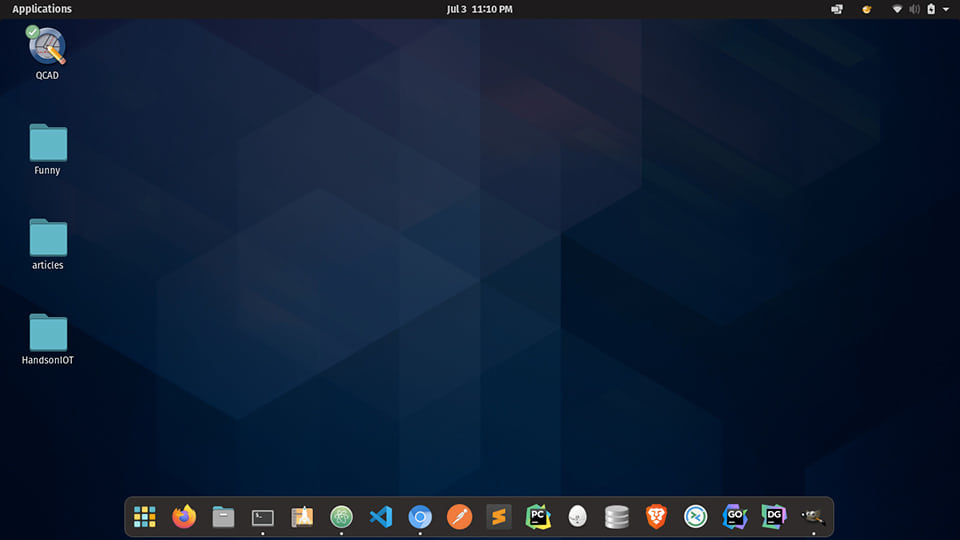 And hey this UI looks…. oddly familiar. Yes, it’s now using the OSX style dock. You could configure something similar before, but now it’s a default.

This doesn’t bother me as I use a Mac every day for work and I like the UI. Thankfully this isn’t a clone of the OSX UI though.

You can maximize windows. Yes, unlike OSX you can have Microsoft Windows style window handling. Love it. 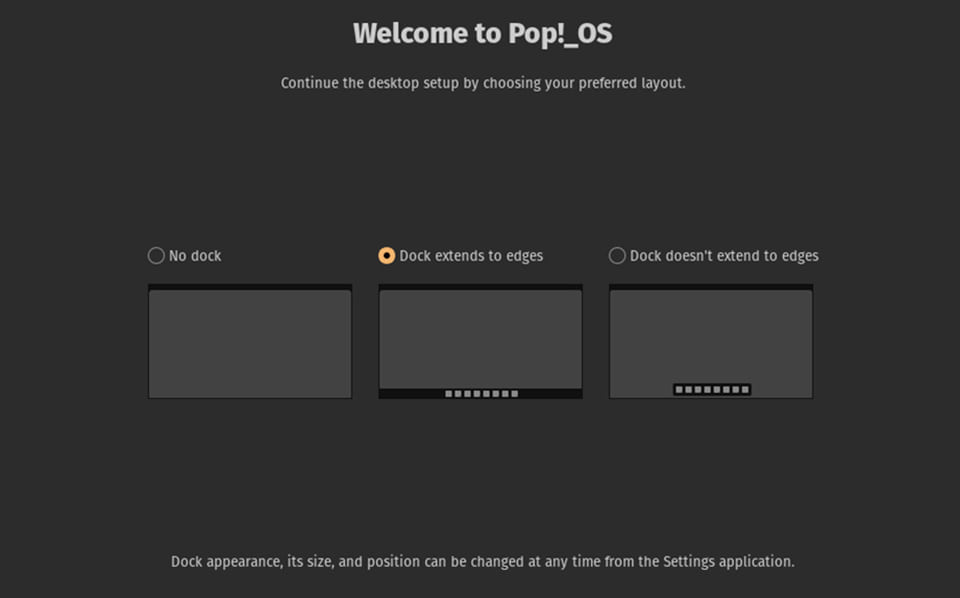 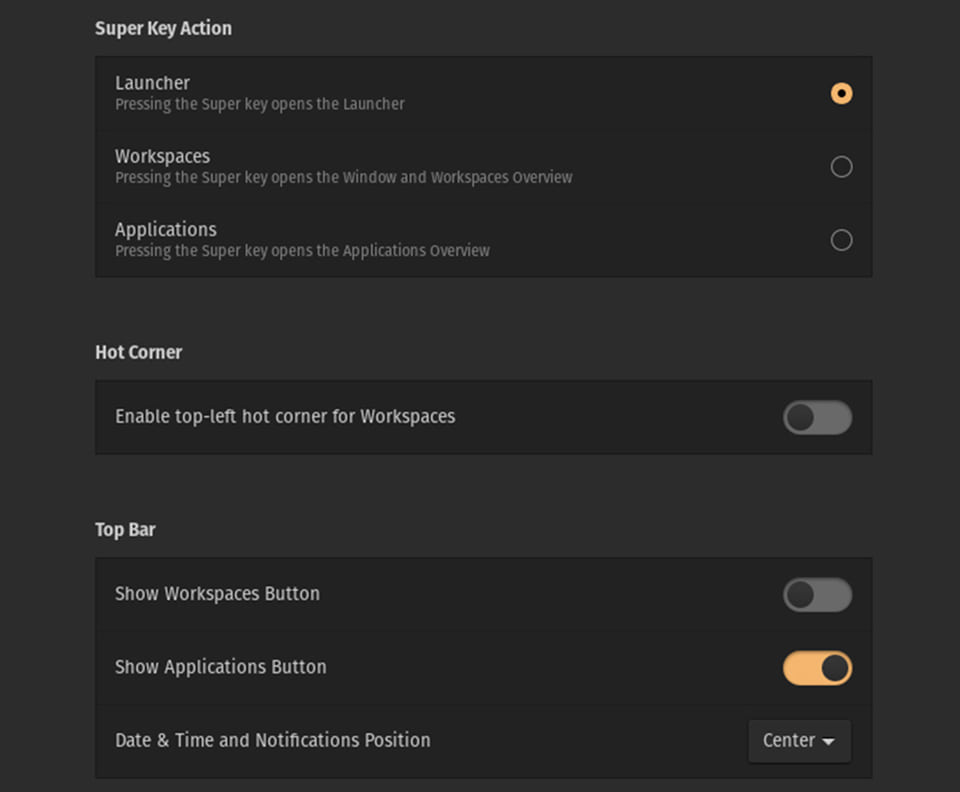 Bottom line: I jumped in and made it what I wanted it to be. Once I got to work I found the new desktop environment very fluid and fast. I adapted to the changes quickly.

Also, I love the window tiling: 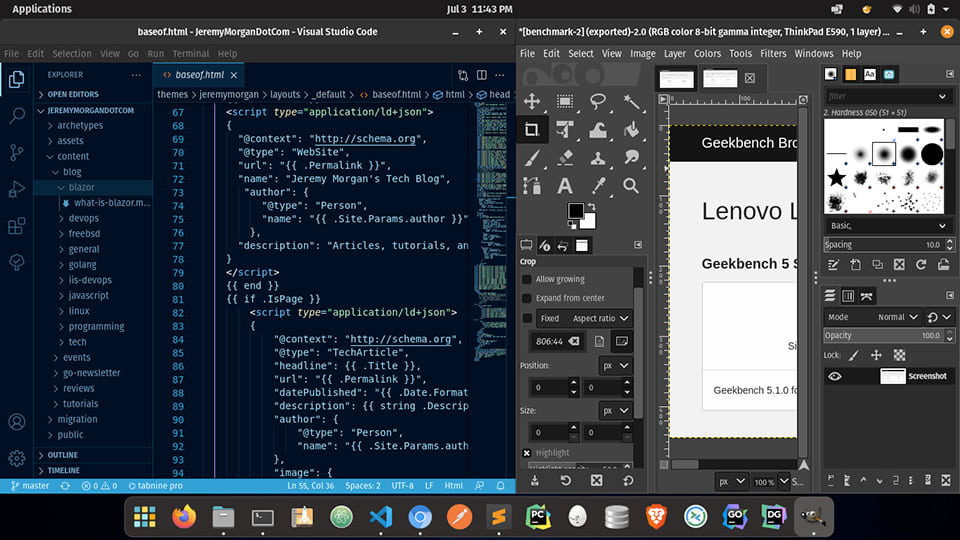 I can’t remember an operating system upgrade I’ve done that went so smoothly.

An operating system upgrade is a risky and sometimes annoying process. Not so much with Pop!_OS 21.04. It’s easy. I didn’t have any hardware or configuration problems and I love the new desktop. I’m already incredibly used to it.

If you’re thinking about the upgrade do it. If you’ve never used Pop!_OS before, now’s the time. I recommend it frequently for new Linux users because it’s so easy to install and use. Now it’s one step closer to being the ultimate replacement for OSX or Windows if you want to leave those platforms. 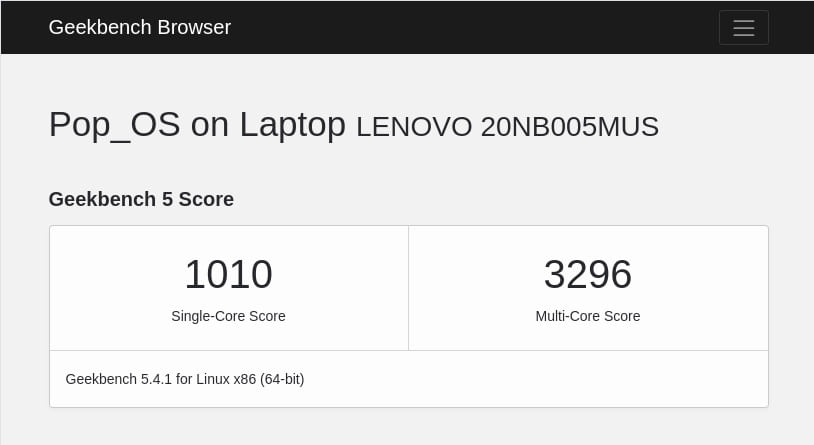 It’s also highly performant and configurable like other versions of Linux. (Geekbench) You aren’t giving up either of those things to have an easy painless experience. So check it out.

Questions or comments? Yell at me!