I’ve been using Linux since 1996, and I’ve used so many distributions I’ve lost count. In fact, I’m kind of weirdo about it. I love spinning up new distributions of Linux and testing them out.

It’s as if I drive a particular car every day for commuting but spend evenings and weekends test driving cars from dealerships just to see what they feel like.

I like testing out new Linux distros so much I will do it on my Twitch channel pretty extensively. Subscribe. 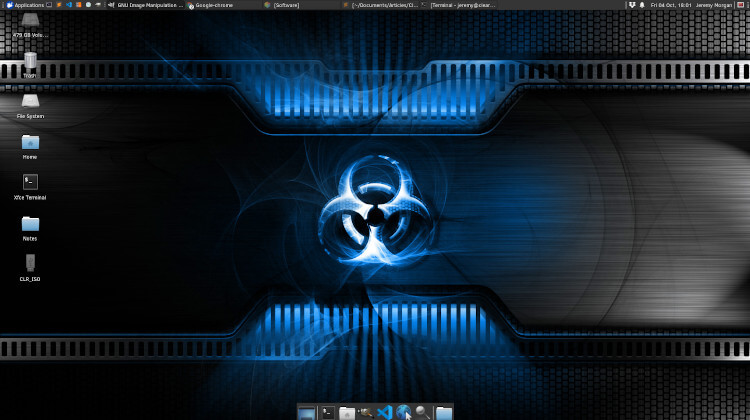 So a while back I downloaded Clear Linux and took it for a spin. I liked it but didn’t spend any serious time with it.

Then when I built a new “daily driver” machine I decided I would put Clear Linux on it and use it extensively. That was a few weeks ago, and now I’ll share some of my experiences with it.

If you’re looking for a TL;DR: Clear Linux is great and I’m enjoying it. Download it and try it out.

I should probably share how I’ve been using Clear Linux to give you a better idea of how I’m evaluating it.

Here’s what I’ve been doing with Clear Linux so far:

So this is what I’ve been doing with my new fancy Clear Linux install. As a side note, I’m working on a course right now, and I spun up an old i5 machine to use to run VMs. I used Clear Linux for that as well, so I’ll cover it.

First Impressions as a User

So I installed Clear and got it set up with XFCE. I’m more of an LXDE guy most of the time, but it’s not available for Clear (I know, I could build it manually but I won’t) and XFCE is good enough.

I found most of the applications I would expect to find. This includes:

These applications are what I would call a “bare minimum” to get running. I installed them through the software manager and everything was good. No conflicts found. 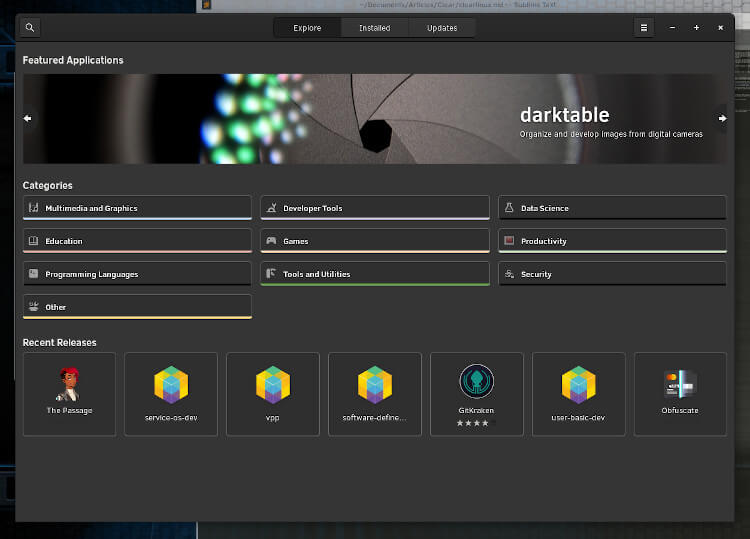 Regarding packages, I found that the Clear Linux team has stacks you can install for certain kinds of work. None of them really apply to me but I love the concept.

There were a few packages I would like to have that aren’t supported yet, but I understand it’s likely an edge case. I’m still working on getting OBS studio installed so I can stream from this box.

Also, Virtual Box is my go-to for virtualization and is not supported on Clear yet, though I didn’t put any effort into getting it running. I also couldn’t get VMWare Workstation going on it, but I’m sure with enough effort I can.

The machine is snappy and easy to configure. After getting it dialed in, it’s pretty much as easy as any other distro to use.

For day to day use, it’s snappy and stable. I didn’t have any major issues with hanging or delays and haven’t anything catastrophic like freezing up or hardware problems.

Ok, let’s talk about performance. That’s supposed to be the differentiator here, the whole reason for downloading the distribution.

To be fair the target audience isn’t necessarily desktop users, but folks who want to run VMs of Clear Linux in the cloud or run containers on it. However, I wanted to focus this review on using it as a desktop.

I ran some Geekbench tests on it.

Here’s the machine I used:

I did fresh installs of Windows 10 and Clear Linux, and optimized power usage for performance in Win10. 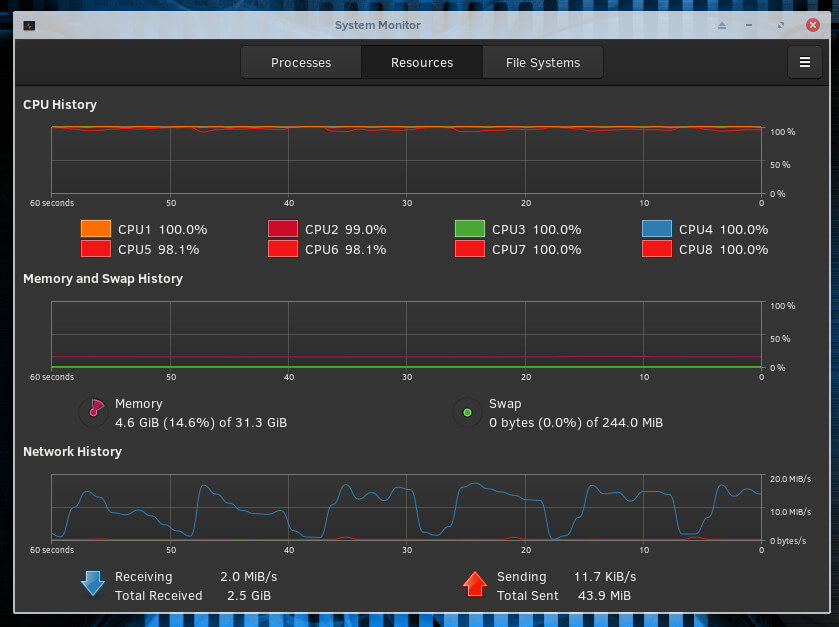 I suspected some performance differences within reason and Geekbench shows that:

A slight difference, but a difference nonetheless.

None of these results surprised me, and fit within what I would expect for software only optimizations. However, the next thing I did was a “Blender Render” of the BMW, a popular test of machines. I rendered this image with Blender.

Here’s where the difference was so vast I am suspect of it.

But overall in my Geekbench tests I see a difference in performance. I suspect this is mostly due to power profile adjustment and optimizations for the CPU that are built into Clear.

I will do more benchmarking on this machine and update this article.

Verdict: Clear Linux is definitely faster than Windows 10. If you’re looking for a performance boost, download it now

Side Project: A Virtual Machine Host

So I’m working on a course right now and I use virtual machines pretty extensively. I have to create them, do snapshots, modify them and create new ones, etc. This is for recording demos for the course. 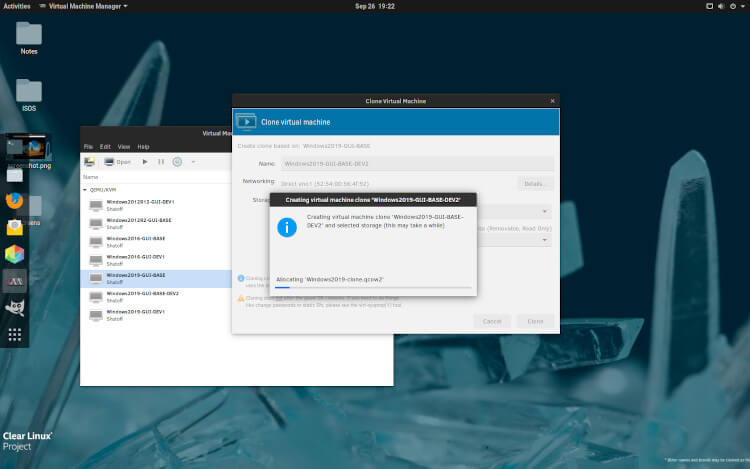 I took an old I5 Machine and put Clear Linux on it, to see if it was up to the task. It worked great. Since VirtualBox is not supported and I couldn’t get VMWare Workstation running I decided to go with KVM and it worked great. 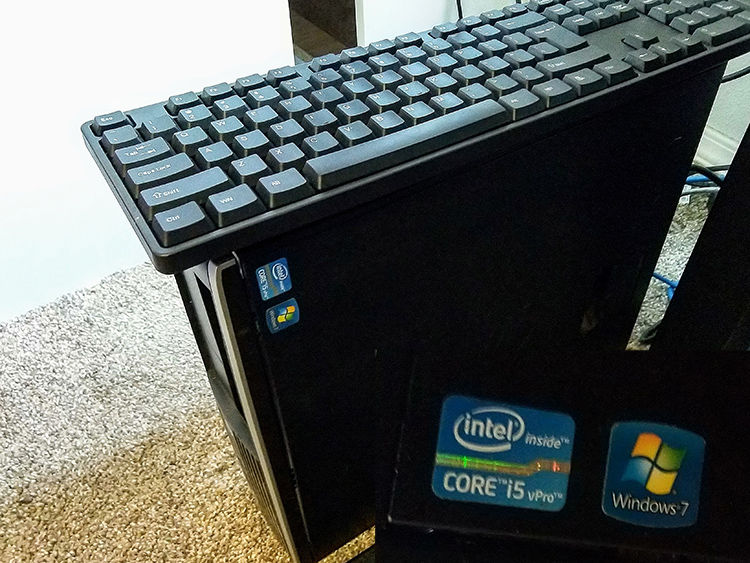 Not much of a machine really, but I could run 2 to 3 Windows 2019 Server instances on it with no lag. Not even joking. It’s been working perfectly for my course.

So I thought I would throw that in as a note, I plan to keep this as a VM hosting box because it’s worked so well.

There isn’t much I disliked about running this distribution. I usually use Arch for this stuff, and I found that this came pretty close in functionality to my Arch machines. If I had to pick out some things I would like to see improved

I mean, that’s really about it. To be fair, it already includes a ton of packages and the package management system works well. I ran into no weird dependency conflicts or anything of the sort. I can just download the source and compile things when needed. I have not yet decided whether to make this my “Daily Driver” with the new i9 workstation I just ordered, but I might. It’s that good. 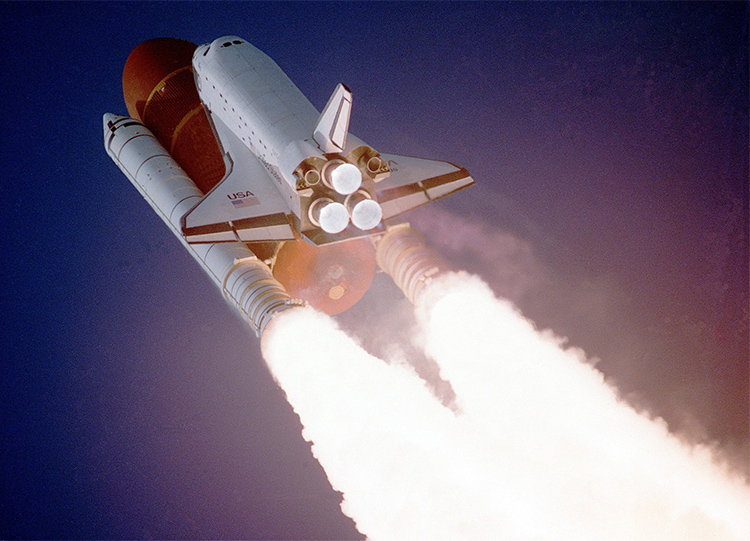 The biggest draw for this distribution is performance. It’s built by Intel to be optimized for Intel processors. There’s a lot of motivation for this team to get it right, and from what I’ve seen so far they have.

This review is what it’s like on the desktop. That’s not the “target market” for this team for the most part. I think most of their focus is on folks that want to create VMs and containers in the cloud and have a high-performance option to do so. I will do a separate set of tests and work in the future to evaluate that. But they built a desktop version and did a great job at it.

As far as a desktop Linux distribution goes, it’s pretty awesome. It’s snappy and stable, and there are a ton of packages available. It was easy to set up and use and be productive quickly.

You should download this and try it out, if not for any other reason than to squeeze a few more cycles out of your CPU.

Verdict: Performance matters. Clear Linux delivers that. This may become my new favorite distribution of Linux

You can get Clear Linux here. Enjoy!!

Let me know in the comments if you’ve used it, or have any questions about using it.

Also, I am going to be doing an event on Twitch soon where I will run it through some tests and experiments, so follow me on Twitch if you want to check that out.