I love FreeBSD. I always have. I first started using it in the late 90s and quickly gained employment using it. I ran a web hosting service with FreeBSD for years. It was a daily driver for me for a long time (1999 to 2004 or so). I became one of the “FreeBSD people” at a developer job I had later. I have a deep history with it, but at some point, I abandoned the thought of using it as a daily driver faded. Last year, my interest was re-ignited.

What Is My Daily Driver?

This definition is rather loose. What do I consider my daily driver? At my 9-5, I use a Macbook pro. OSX for 40 (or more) hours a week. I build courses with my Digital Storm workstation (Windows and Arch Linux, I love it) and most recently an M1 Mac Mini.

So what does that leave? What do I use when I’m not working? A Lenovo E590 Laptop. It runs great, though I did swap a 1TB SSD drive into it after purchasing because I put SSD drives into every computer I own. You should too. 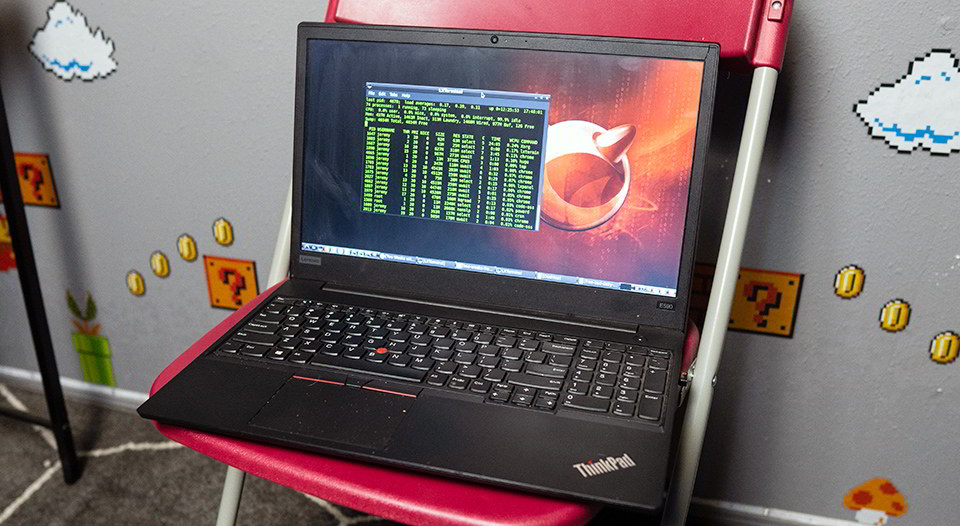 I use this laptop for:

So when I punch out from work, and I’m not building courses, this laptop is the machine I use for everything else. I ran Arch Linux on it (no Windows!) for the last year, and it was great until it wasn’t. I had a few things that kept consistently breaking with updates and got frustrated. 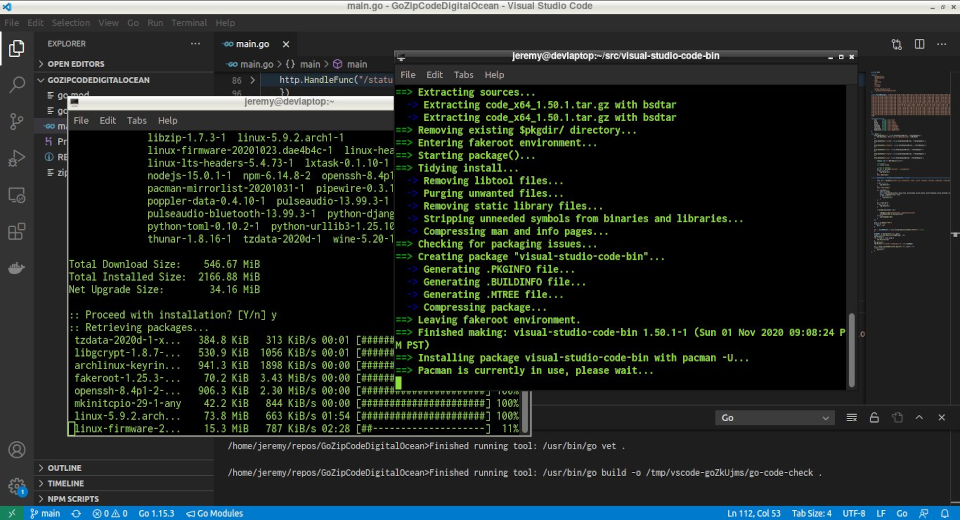 A rolling distribution is great unless you need to rely on the machine. I know this all too well, but in the end, I decided to ditch Arch Linux. I still love Arch and run it on my “big machine,” but it’s not the one for my laptop.

So I decided to slate my machine. Knowing that I would convert the laptop to Pop!_OS, I thought I’d throw FreeBSD on it for a bit. I installed FreeBSD 12.2-RELEASE Just to see how things have progressed and if it can be a daily driver. I used it for around two weeks.

Let’s start with the ways FreeBSD as a daily driver worked well for me. Here are the ways it made me happy:

Summary: If it weren’t for a few particular needs, I would leave FreeBSD on this laptop for the reasons above. It’s a fast, smooth user experience. It’s incredibly stable. It stays out of my way so I can get things done. I can see how it would meet the needs of certain people very well. 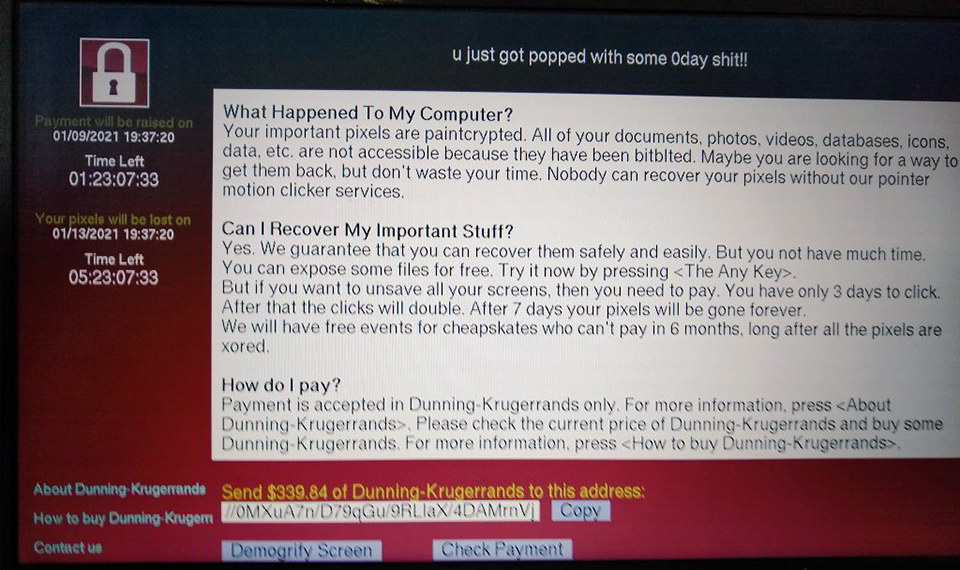 Note: This is just a screensaver. One of my favorites

Most of the things I disliked about the FreeBSD daily driver experience aren’t related to FreeBSD itself, but applications on FreeBSD. There isn’t enough support for so many things, and I can’t fault FreeBSD for it, nor will I bash them since I don’t have time to contribute and help out. But I must outline them here.

Summary: With my specific use case, this ends up being a deal breaker for me. I have so many projects I’m working on right now that I need to get done, and I would have to spin up a Linux VM for many of them, making my workflow less smooth than I would like.

Conclusion: I Will Install Pop!_OS 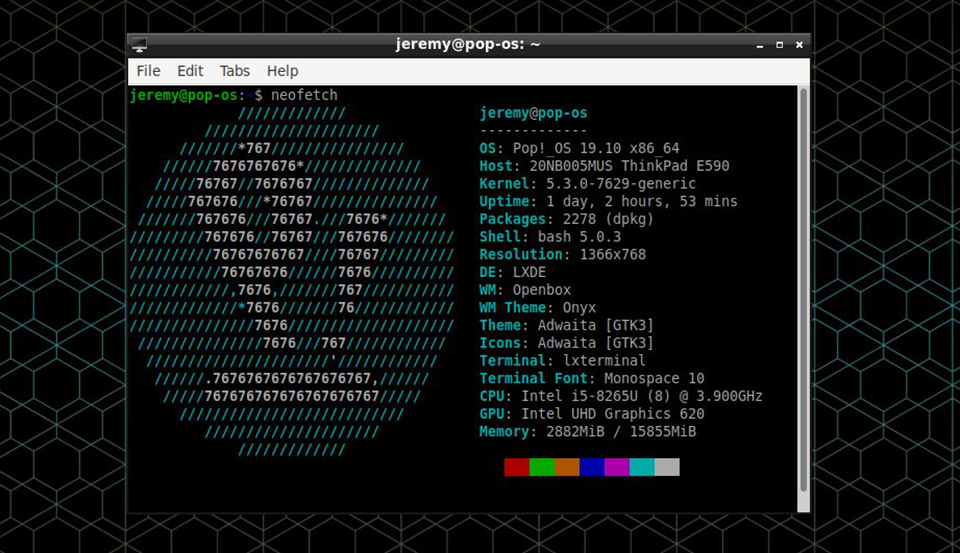 So it’s almost there. It’s got the speed. It has great hardware support. I have faith in the stability of the system. However, I can only get around 60% of the software I need installed, and some of them are pretty old. With the projects I’m working on, my workflow will be hampered too much.

I need to have a *nix based laptop with certain versions of software, and virtualization to accomplish my tasks. I also need this system to be stable and stay out of my way, without breaking every update. Pop!_OS can achieve that for me now.

I have not lost faith in FreeBSD, far from it. It just won’t work out for me right now. In the future, I’ll try this again, and maybe at some point, I can find some free time to help out.

Should You Try to Make FreeBSD a Daily Driver?

Yes, you should at least try it. If you’re a Linux person, you definitely should try FreeBSD. There are many out there whose needs could be met 100% with FreeBSD. And it will likely serve you better than Linux. It’s not a distribution, it’s a full operating system, backed by decades of work. It’s rock solid. It’s organized well. As long as you don’t have dependencies like mine, it may work very well for you.

Questions? Comments? Feel free to yell at me.